Last year, Instagram released Reels—a blatant copycat app that recreates the popular short-form vertical video format of TikTok. Instagram’s take on the popular app comes with a built-in video editor that allows you to record and edit 15-second clips with effects and other tools, while you can share these videos with your followers and the public. Sounds familiar, doesn’t it?

However, you might’ve noticed something a little funny (to me, at least). Many users are resorting to recycling TikTok videos onto Instagram—via Stories and Reels—which means that we commonly see the TikTok watermark on one of its major competitor apps, Instagram/Reels. It makes sense—TikTok has a vast library of backing tracks that you can use to dress up your video, and many recent “trends” are based on these.

To combat this, Instagram has now announced, as reported by The Verge, that an update to its algorithm that changes how certain Reels are recommended, or promoted to its users.

As you can see above, Instagram posted a couple of guidelines on its Creators account to help users to get discovered in the Reels Tab. Some of the tips are rather on-the-nose (“inspiring”, “creative”), and users are advised to use vertical videos and music from the Instagram music library. Swipe the post above to the left, and you’ll see a couple of things you should avoid if you want your Reels to be discovered.

Low-resolution videos, bordered videos, or videos that are covered in text—these should all be avoided, as expected. What’s more interesting here is that Instagram warns users not to use videos that have been “visibly recycled from other apps (i.e. contains logos or watermarks)”. This is a clear jab at the common practice of reusing TikTok videos on other platforms like Reels (or even Facebook Watch), and Instagram warns:

“These type of Reels won’t be recommended as often to people who don’t yet follow you in places like Reels tab, but will still be shown the way they always have been to your followers.”

Personally, this new algorithm change doesn’t quite sit right with me. Facebook and its family of apps have had a history of buying over or replicating popular app features within their own, and de-ranking videos with TikTok watermarks feels like an anti-competitive move. With the heft of Facebook behind it, Reels and Instagram should have enough to create a competing product—without having to actively block out any cross-shared content from rival apps.

Regardless, I can’t say that I’m surprised. Perhaps Reels will grow to be the new platform for short-form, vertical videos in the future, and perhaps TikTok will go down a similar path as someone like Snapchat. For now, Reels is still not available in Malaysia, so you’ll have to stick with TikTok in the meantime. 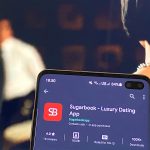 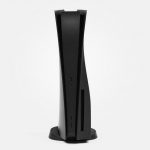 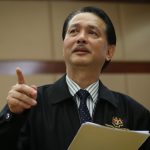 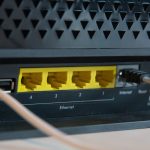